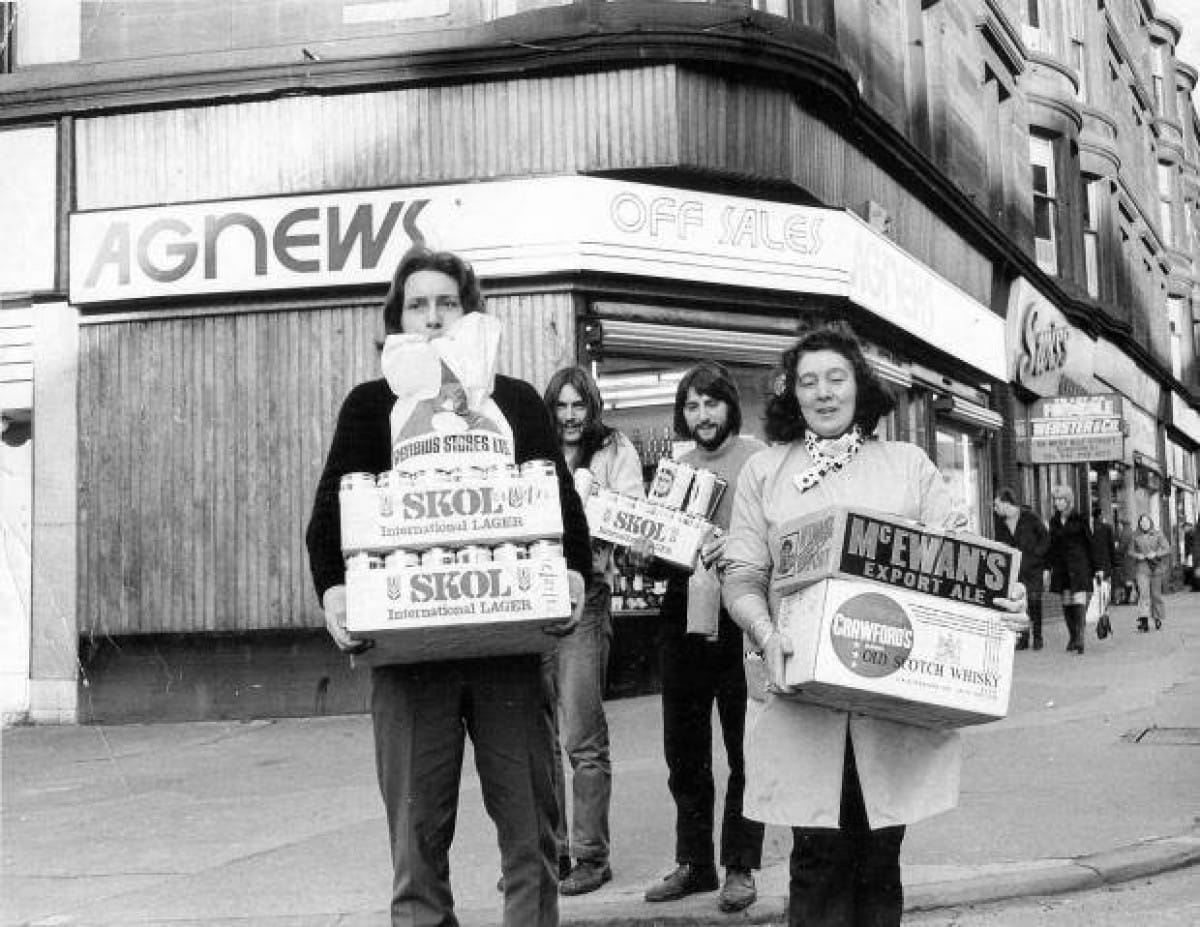 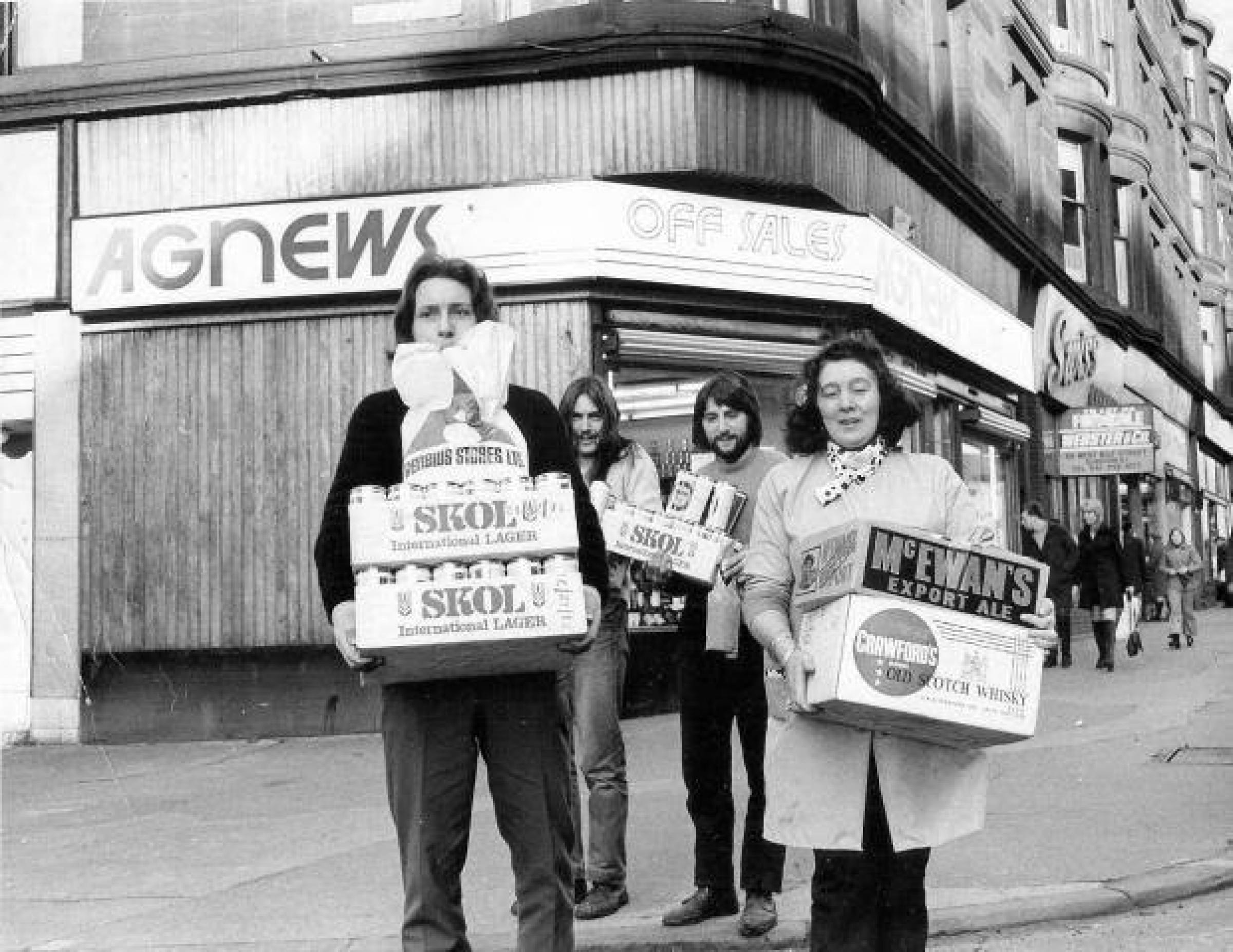 With new Covid restrictions coming into force, perhaps now is the right time for a visit to the 'offie'.

Agnews was, of course, once famous for its TV adverts, featuring Iain Cuthbertson, mocking his Charles Endell, Esquire character, from 'Budgie'; and Russell Hunter, aping his ‘Lonely’ persona from the old 'Callan' TV show.

These bevvy-merchants, snapped on the corner of Byres Road and Havelock Street in 1975, were actually Agnews staff, and had been roped in to pose for a newspaper feature ahead of that year's Budget.

When I last used this pic, a few years back, I was contacted by Charles Pritchett, who said: "I am the young lad on the left. I worked for Agnews and played football for the works team. I spent a few months at the Byers Road shop.

"I have never seen this photo, or at least cannot remember it being taken. I was 17 at the time, and have been living in New Zealand for past 30 years."