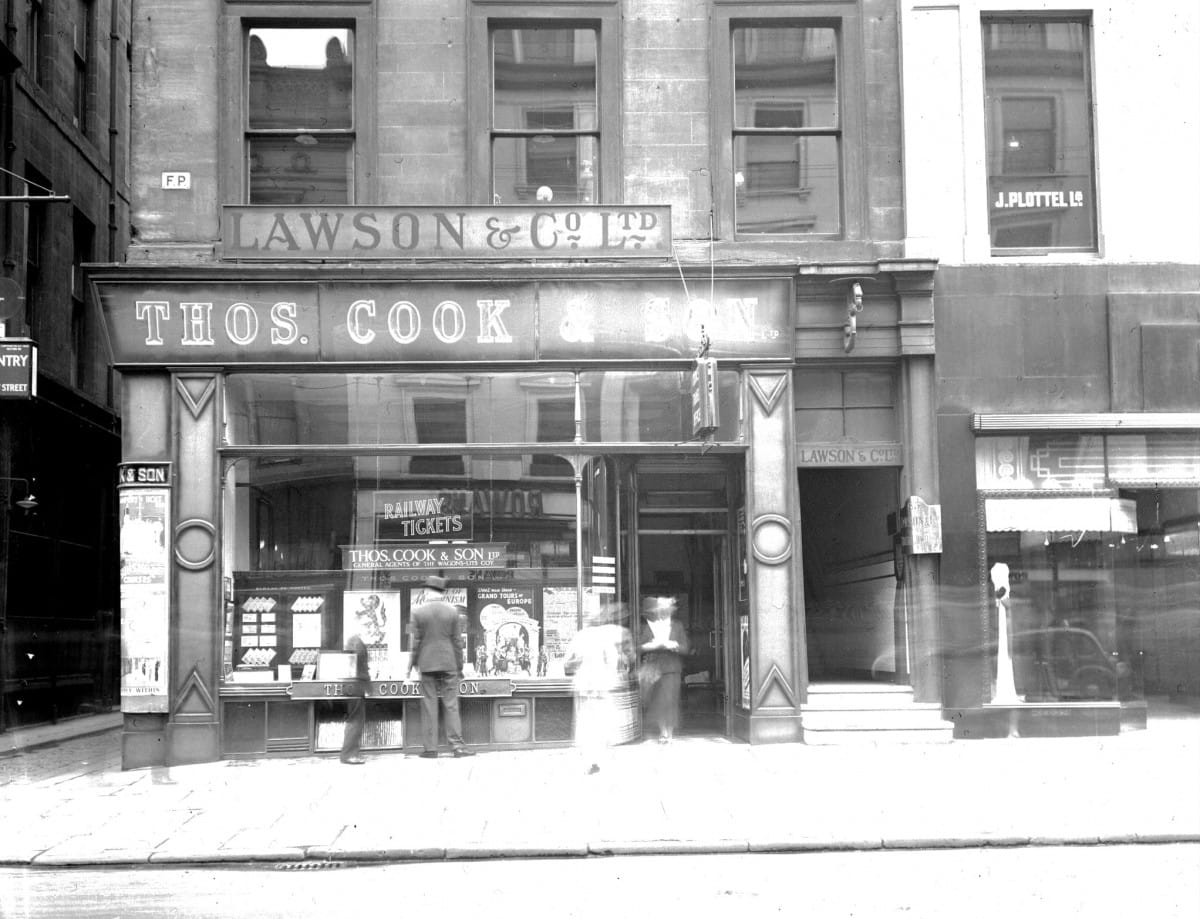 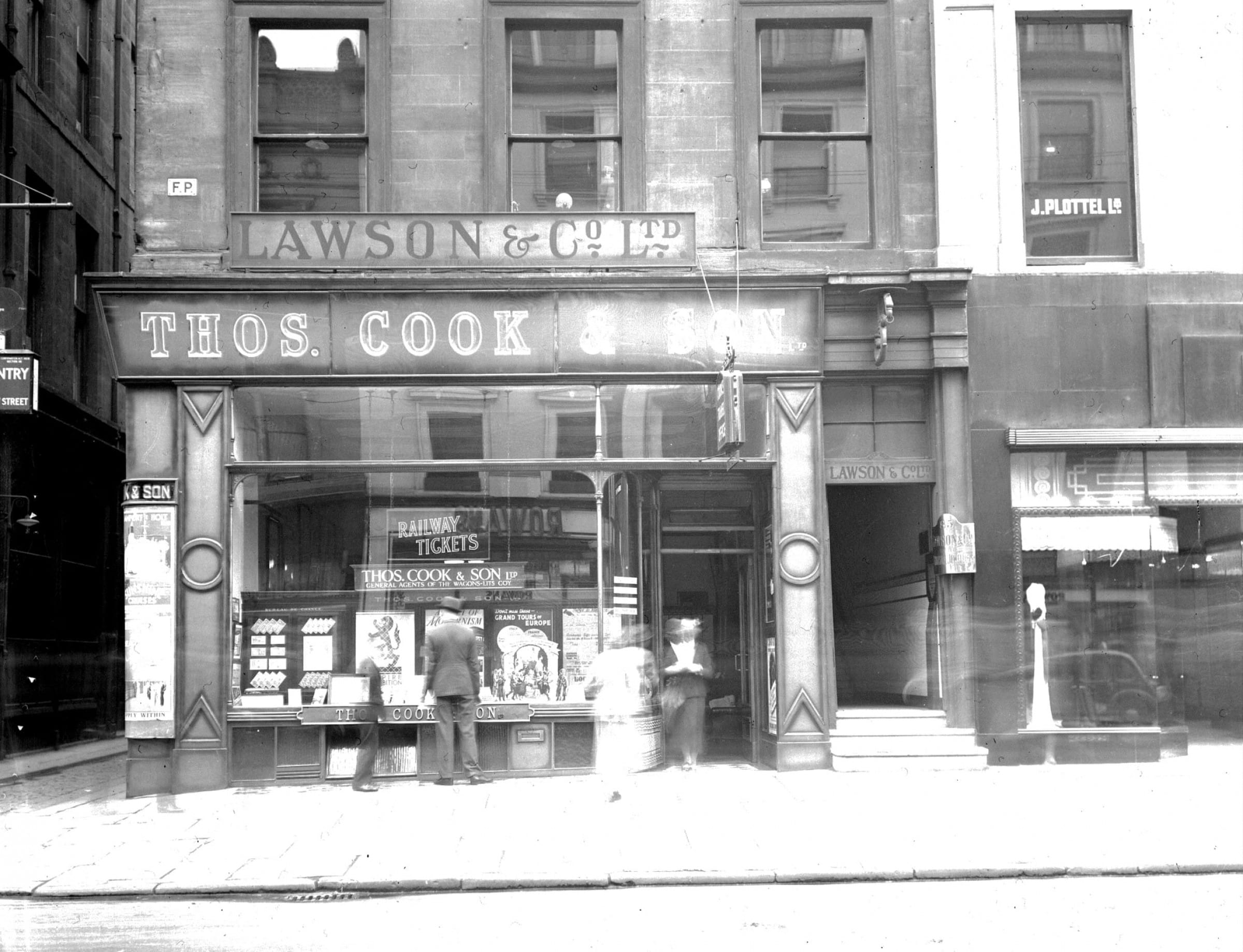 With Thomas Cook, formerly Cook's Tours, going down the Suwannee, here's a glimpse of better days - the company's former outlet on the corner of Buchanan Street and Mitchell Lane. The lion rampant advert in the window for the Empire Exhibition dates the picture to 1938.

Thomas Cook, an abstinence campaigner, began his international travel company in 1841, with a successful one-day rail excursion at a shilling a head from Leicester to Loughborough on 5 July. Strictly teetotal, nae boozing!

After Cook's moved on, the site remained in the travel trade, with the building of the new British Overseas Airways Corporation HQ.

Back in a more gracious age, rather than booking a bargain package over the internet, well-to-do jet-setters would touch down for some personal service at the BOAC offices.

As a child, before I learned how to spell, I thought BOAC and 'boak' meant the same thing, and had something to do with airsickness!

Since then, the shop has been home to All Saints, then Pretty Green.