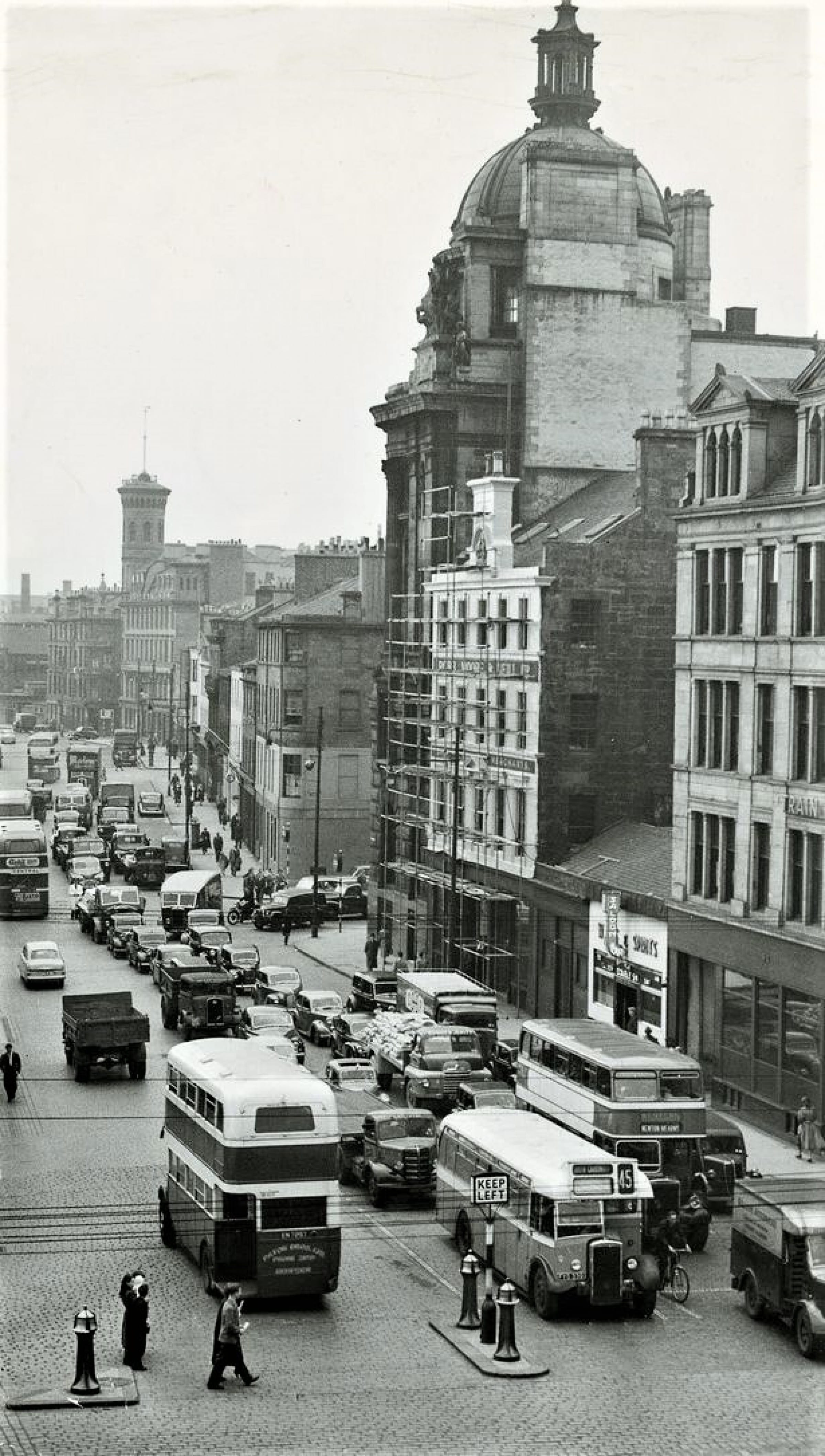 Having just spent a morning filming by the Clyde, and freezing my bits off, for a new documentary series about Britain's great rivers (more info to follow, when I know more myself), it was odd to be on the Clydeside at 9am, and find it so quiet. Apart from a few early arrivals at the Science Centre, pedestrians and cyclists heading to work, and the odd dog walker, it was only me and the film crew.

Now, while I doubt we'll ever see such a bustling Broomielaw again, I welcome all the new developments by the river, but it still all feels a bit lifeless, windswept, sterile and empty. On the South bank, in particular, acres of car parks act as a barrier between the city, its people, and the river.

Having previously explored the restored docklands of Amsterdam and Copenhagen, and the riverside delights of downtown Berlin, Glasgow is missing a trick; how do those cold northern cities manage to attract so much life, colour and people to their waterside delights when ours stand gleaming, but bereft of life?

Perhaps it's something to do with scale - all our new riverside buildings are a bit tall, faceless, and all seem to be clad in silver. The only human scale canto be found is in the surviving riverside infrastructure; the Four Winds building (the former hydraulic pumphouse for George V Dock); the twin Rotundas of the old Clyde Harbour Tunnel; and the new Clydeside Distillery (the former hydraulic pumphouse for the Queen's Dock).

Anyway, to today's picture, snapped, I think, from Central Station Bridge. It's 1953, and we're looking West along the Broomielaw, at George V Bridge and Oswald Street.

On the right, we have the former whisky offices, now home to Salon Services; the '66' pub, now boarded up, which went under a host of different names - and once had a half-lifeboat fitted above its doors; the fine old Robb, Moore & Co. Ship Chandlery and Sailwork Co, which used to boast a fine carved and gilded galleon on its chimney breast (the building was lost to a fire in the late 1980s); JJ Burnet's magnificent Clyde Navigation Trust building; and, in the distance, with the tower, the former Glasgow Sailors' Home, where visiting seamen could get a home-cooked meal, and enjoy a night in a bed, rather than a bunk.

At one time, that tower boasted a time ball, which would drop on the stroke of 1pm, to allow all the ships' captains on the river to set their chronometers.

Today, the Gala Riverboat Casino sits on the left hand side, with the rest of the Broomielaw reduced to a windswept parade of faceless and characterless office blocks. Gone are the horses and carts, the wandering sailors, the foreign voices, the whistles and horns of the ships, and the ever-changing tide of arriving and departing passengers.

Today, looking across to the Finnieston Crane, I counted a further 11 working cranes, all busy creating new buildings; an encouraging sign of fresh life, faith and ambition in the future of Glasgow.

Here's hoping the river's, and the city's fortunes, will once again rise with the tide...