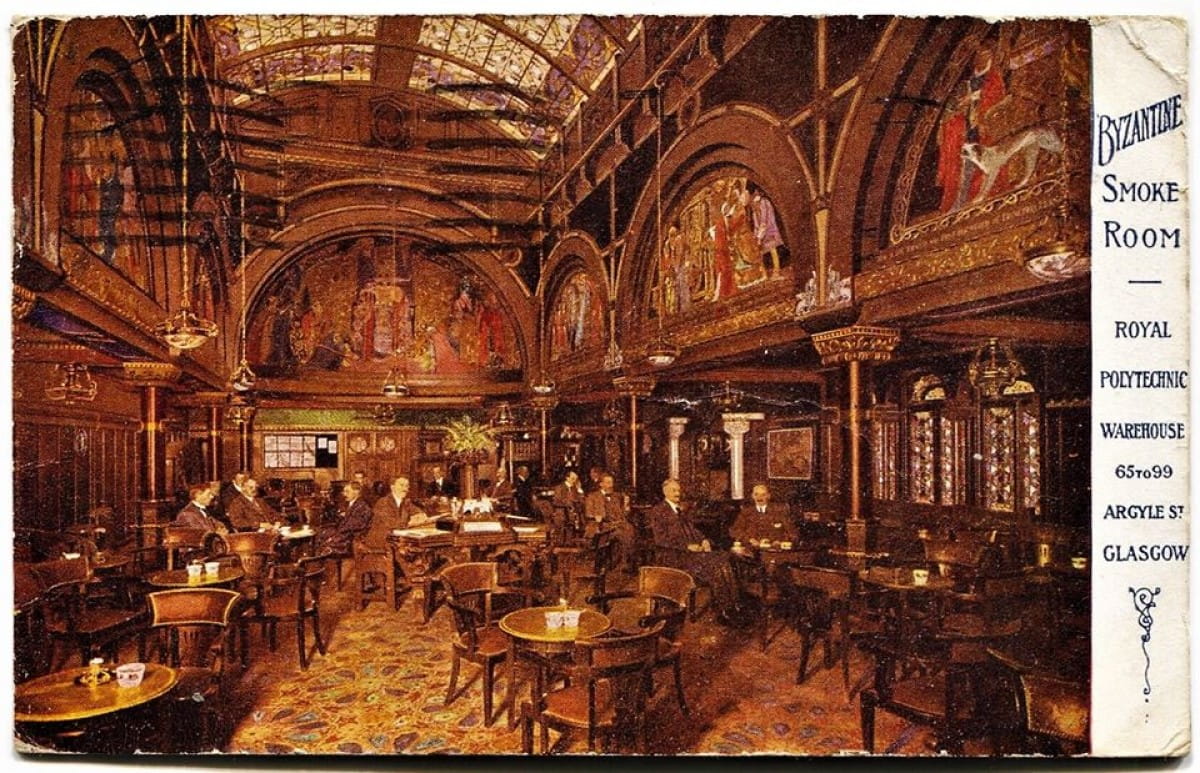 Time for a classy cuppa 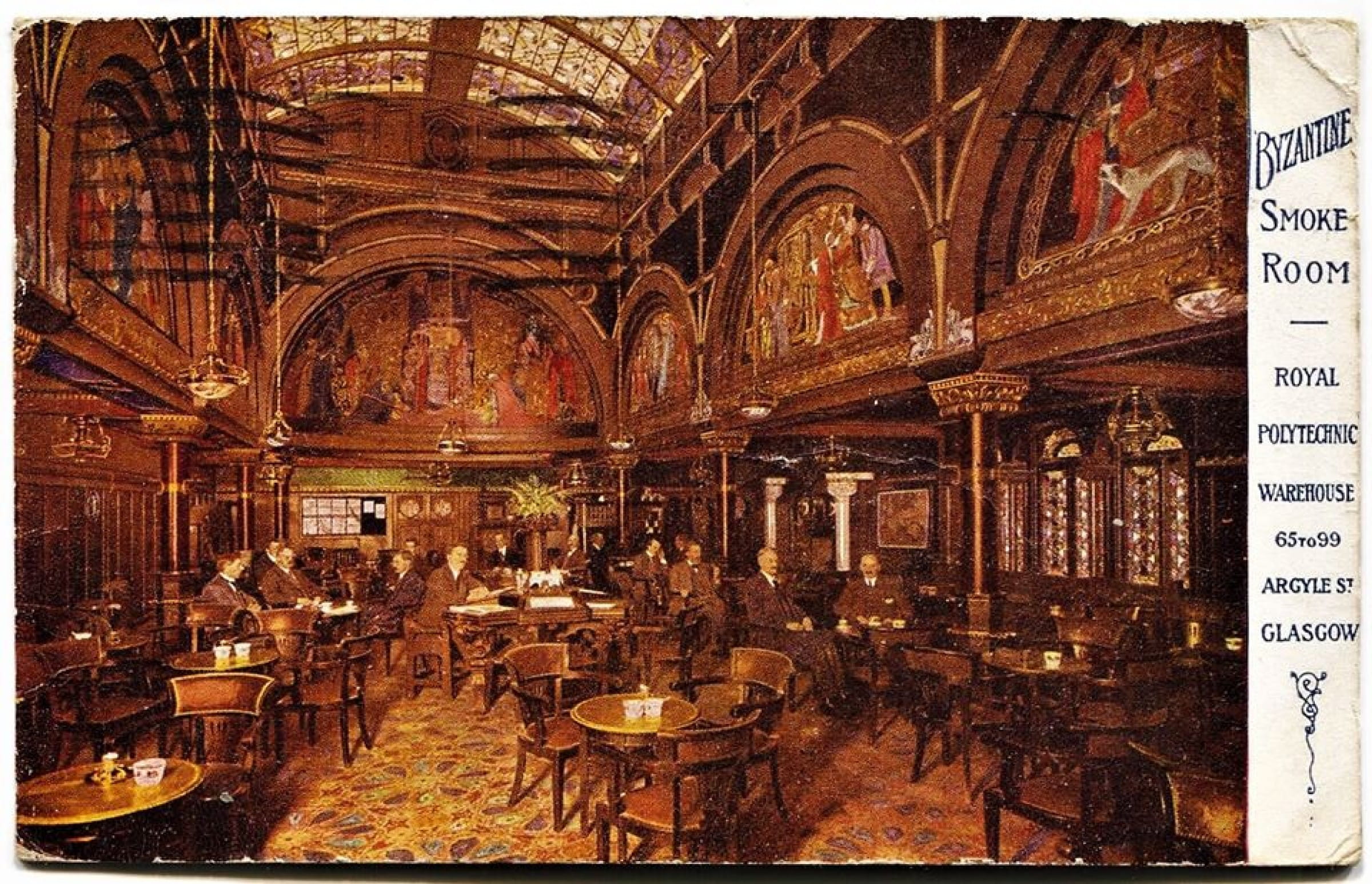 'A restful den for businessmen...' #atthewillow

The delights of 'Glasgow's grandest smoking room' included, access to 'fragrant teas, delicious coffees, a telephone, and all the latest periodicals and newspapers'.

The 'Poly', as everyone called it, sat on the site later occupied by Lewis's (now Debenham's). It opened in 1867, and, on the ground floor, offered everything from drapery, small wares and fancy goods, to haberdashery. There were four shopping galleries on the floors above, and a dress department. The store was said to have been busy at all hours of the day.

And, while the ladies looked, pointed, 'oohed' and 'ahhed' over the latest fashions, their menfolk could nip up the stairs, grab a cuppa, a puff on their pipe, put their feet up, and have a read (or a snooze). Think of it as a very glamorous men's creche.

I'll be telling more tales about Glasgow's tea, coffee, and cafe culture next Thursday, at Sauchiehall Street's restored Willow Tea Room, and we've even managed to squeeze in a few more seats for any Johnny-come-latelys.

Now I know! As a child, I was always curious why some people referred to Lewis's as the "Poly" . Thank you. I look forward every day to see what you come up with.