Time travelling at the Tron 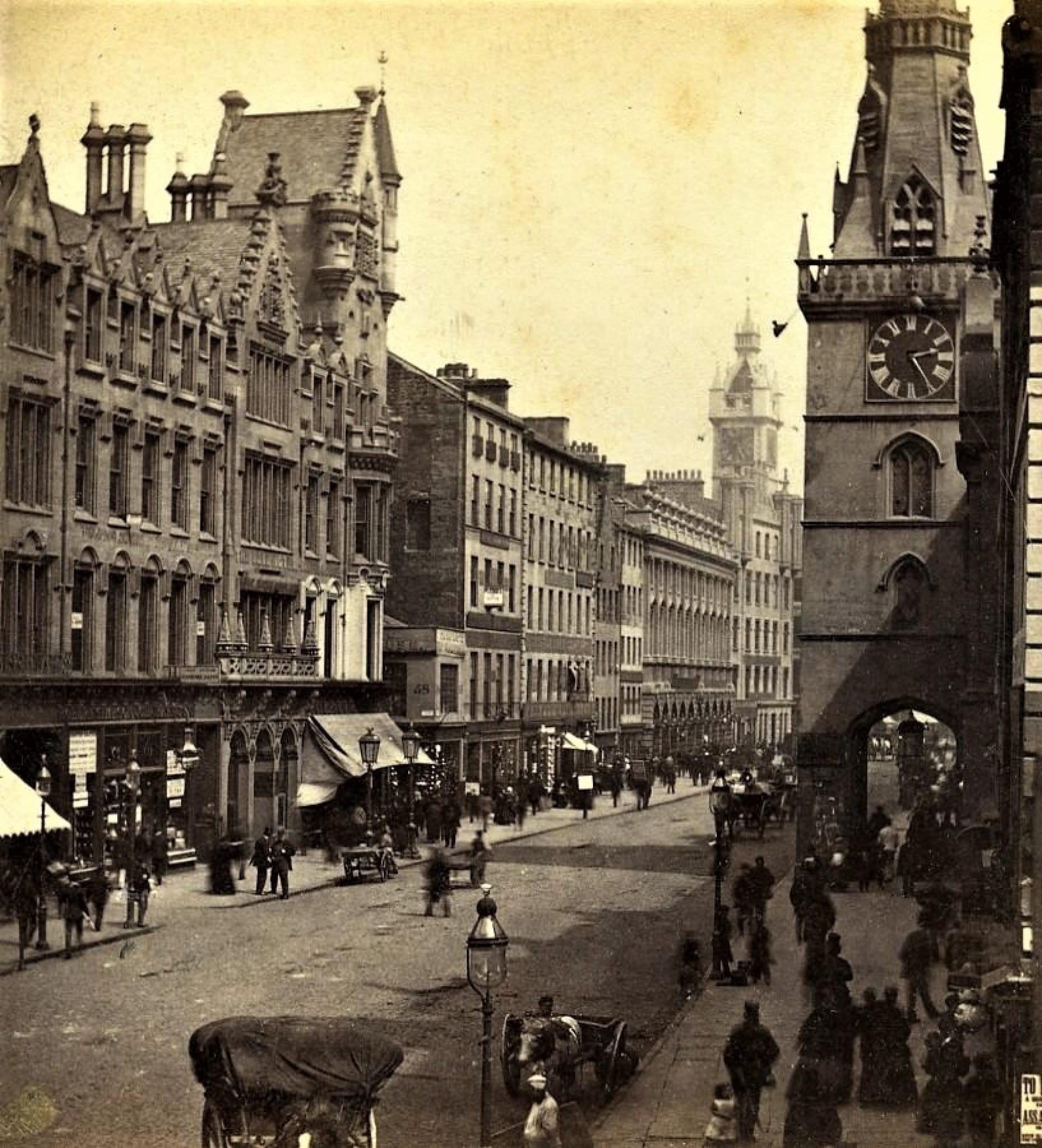 A wonderful George Washington Wilson image of the Trongate, taken, presumably, from the corner window of the Buchanan Society building, completed in 1849 by architect John Thomas Rochead.

Thought to have been taken around 1865, it shows all the hustle and bustle of a busy day in the city, with carts, barrow boys, carriages and pedestrians all competing for space on the street. Is that an off-duty baker or chef, in his whites, beside the street lamp, bottom middle?

Over the road, there's a couple of toffs in stovepipe, or lum hats.

Look further towards to the cross, and you can see the covered arcade of the old Tontine Hotel, with its gruesome carved stone faces, and the former Town House/City Chambers, when it was still attached to the Tolbooth steeple.

The early date also explains the lack of horse-trams - the first tramlines wouldn't be laid in the city until 1872.

What's nice to see, is that the two clocks - the Tron and the Tolbooth - are both running, and keeping the same time - 2.25pm.

And, if you're wondering why the four oldest surviving public clocks in Glasgow - the Tolbooth, the Tron, St Andrew's in the Square, and the Briggait - all have blue faces with gold hands, we can blame Henry VIII for that, for it was he who decreed that, following God's command to Moses (Exodus 39) to make Aaron the priest "garments of blue with gold bells", church clocks should be "blew with the signs upon them gilt".

The idea caught on in England, and Scotland soon followed suit.

More about george washington wilsonMore about john rocheadMore about trongate