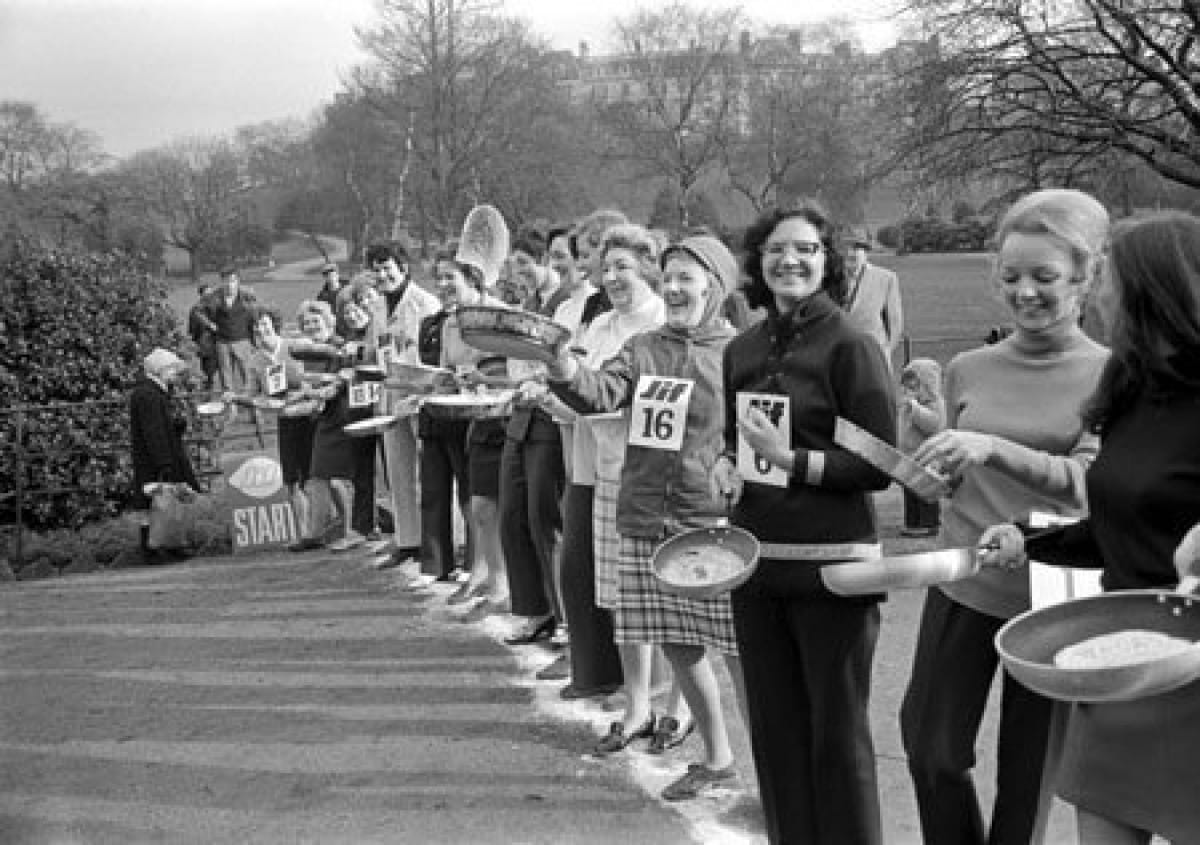 Top tossers race for the line

Mar 59
Ready for the off! Glasgow's pancake racers in Kelvingrove Park, in 1971 (TSPL) 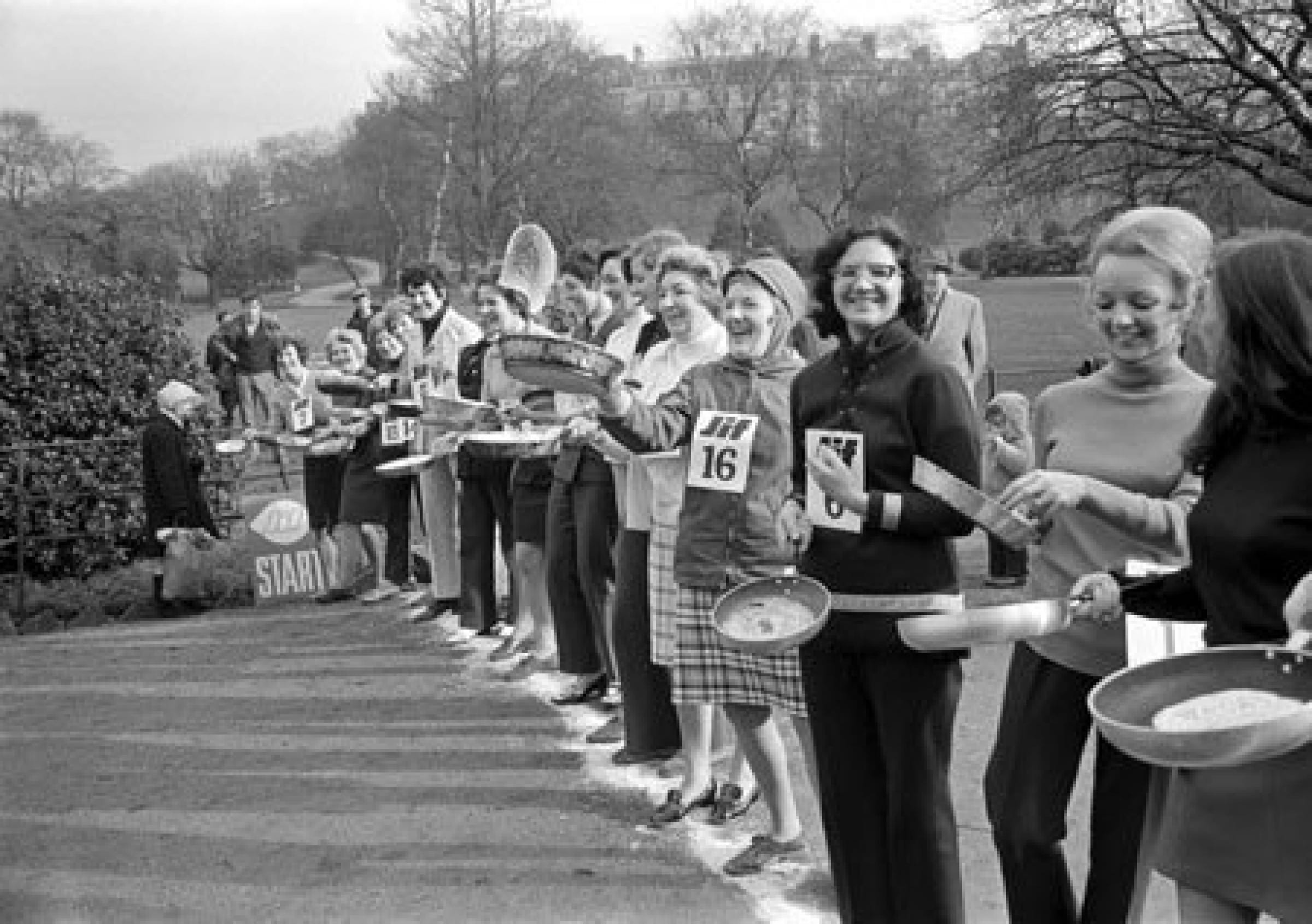 Shrove Tuesday, 'Pancake Day', is upon us once again, but how many of us will be digging out our frying pans and trainers to make a race of it?

Back in 1971, Jif, the folk that make the squeezy lemon juice, sponsored Glasgow's great Pancake Race, in Kelvingrove Park, with champion tosser Mina Mitchell taking the tape, and the title.

I'm pretty sure that Glasgow's top restaurants also used to organise their own race, around Royal Exchange Square, with waiters in dinner jackets, dickie bows, and shorts all competing for the title of fastest tosser!

The day, of course, has ancient religious roots, and saw families using up all their store cupboard goodies - eggs, flour, butter, milk - ahead of the self-imposed dietary dictates of lent.

It's also where we get the term Mardi Gras, meaning 'fat Tuesday'.

Pancake Day, or Shrove Tuesday, is the traditional feast day before the start of Lent on Ash Wednesday. Lent – the 40 days leading up to Easter – was traditionally a time of fasting and on Shrove Tuesday, Anglo-Saxon Christians went to confession and were “shriven” (absolved from their sins). A bell would be rung to call people to confession. This came to be called the “Pancake Bell” and is still rung today.

The pancake has a very long history and featured in cookery books as far back as 1439. The tradition of tossing or flipping them is almost as old: “And every man and maide doe take their turne, And tosse their Pancakes up for feare they burne.” (Pasquil’s Palin, 1619).

The most famous pancake race takes place at Olney in Buckinghamshire. According to tradition, in 1445 a woman of Olney heard the shriving bell while she was making pancakes and ran to the church in her apron, still clutching her frying pan. The Olney pancake race is now world famous. Competitors have to be local housewives and they must wear an apron and a hat or scarf.