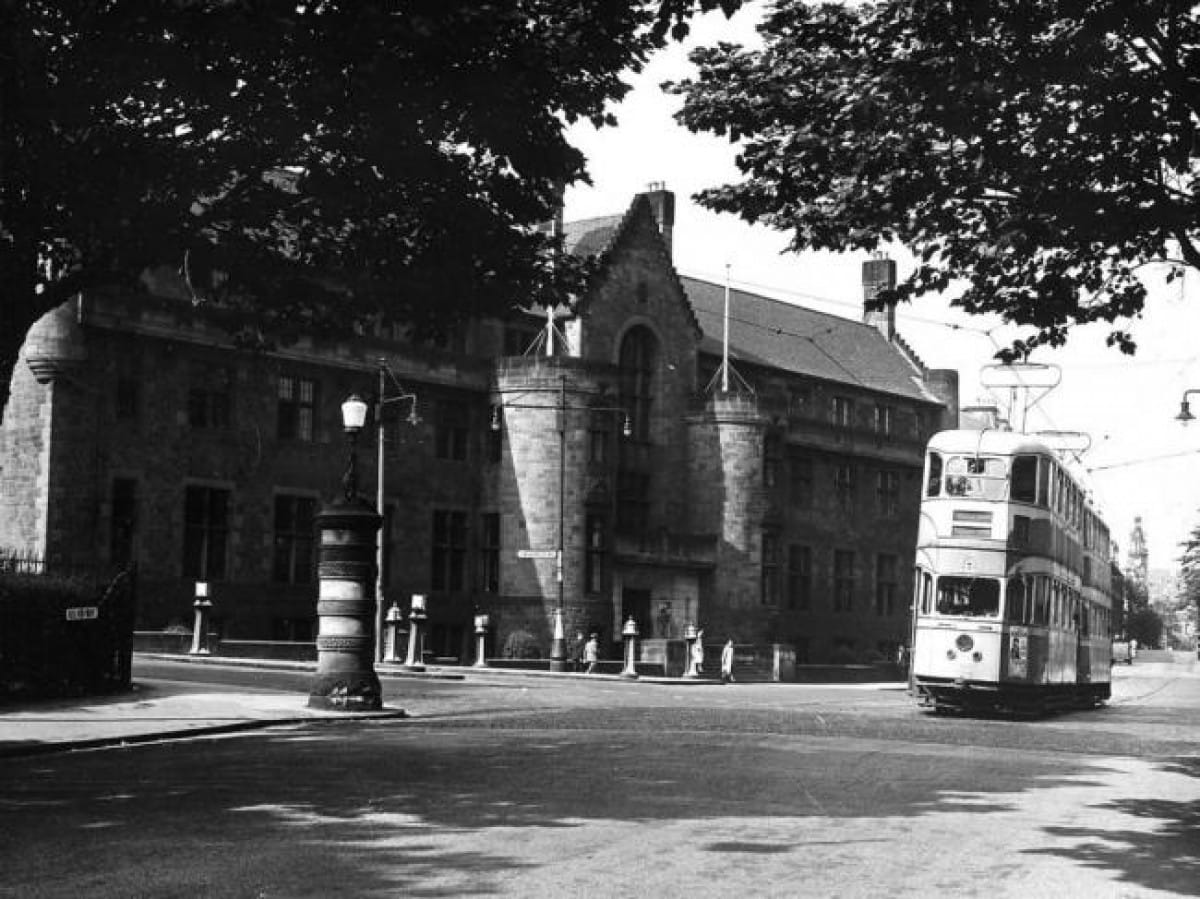 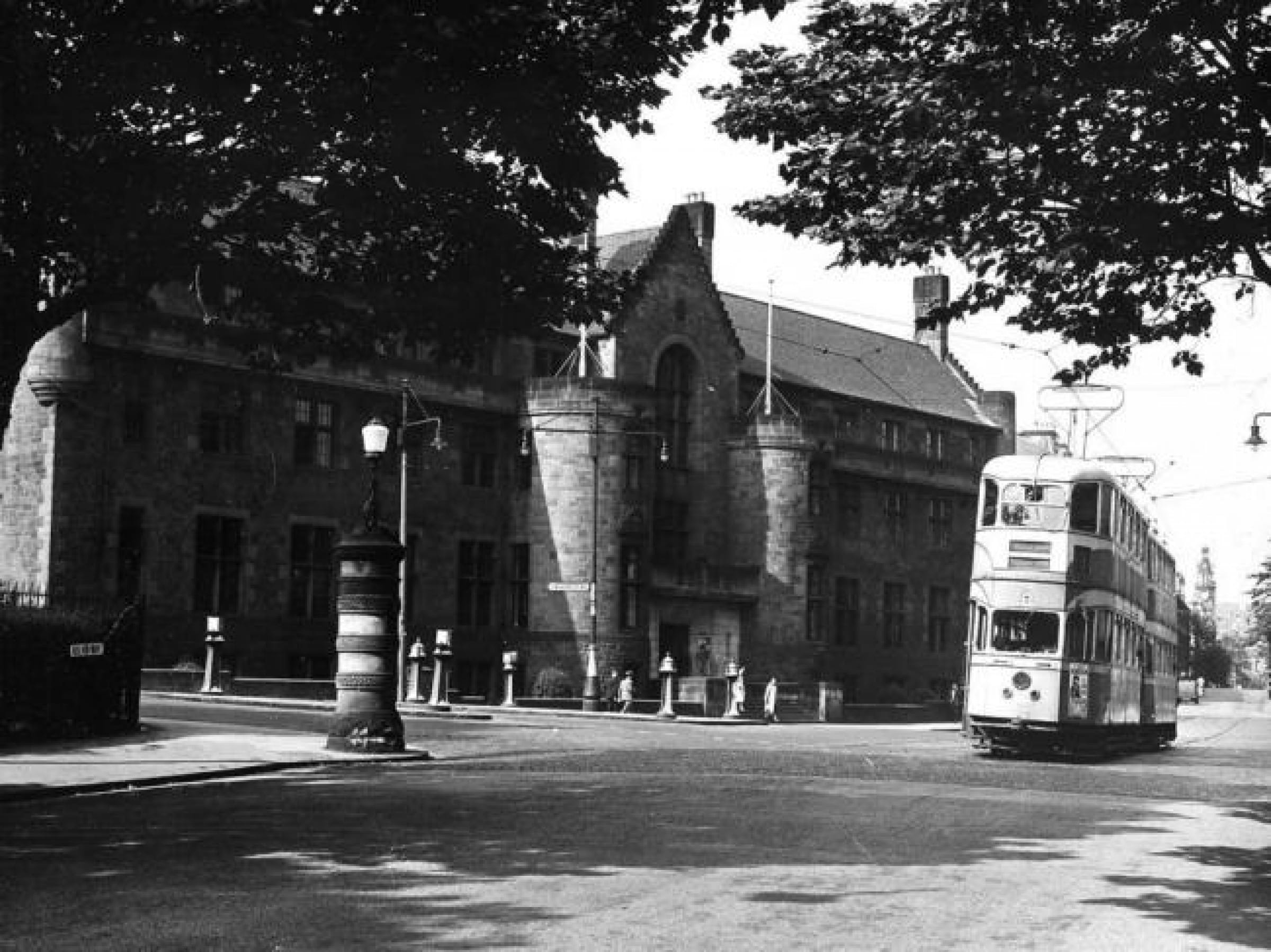 "Outside the Men's Union, at the bottom of University Avenue and the end of Kelvin Way, was the tram terminus. At the end of lectures there was always a mad dash down the hill to get the tram back into town... a No 3 or a No 14.

"The drivers, seeing us coming, would sometimes ease away slowly from the terminus to get all the students running!

"Being the terminus - the tracks just stopped in the middle of the road - and the trams had to be readied to return to town, with the seats all reversed.

"Sometimes, the tram arrived too fast at the end of the line and went beyond the tracks and got stuck. The tram crew would get busy and push and crowbar their tram back onto the tracks.

"My memory is of all the students on the steps of the Union throwing pennies across to them amid much hilarity. The tram lads appreciated it sometimes, and bowed in receipt of their extra beer funds.

"What a wonderful time in our young lives."

Just for Erik, I've managed to dig out a pic, from 1957, of a tram at said terminus, but no sign of the laughing students, the flying coppers, or the hardworking tram crew.

The union was originally accommodated in the John McIntyre Building, named for a major benefactor, which opened in 1890 and was designed by John James Burnet.

These premises soon proved to be inadequate however, and this new building at the foot of University Avenue was designed by the architect and former assistant to J.J. Burnet, Alan McNaughton of Arthur & McNaughton in the Scots Baronial Style.

The new Union building was financed from funds raised by donations to the Student Welfare Scheme, started in 1921 to re-invigorate student life and was erected between 1929 and 1931