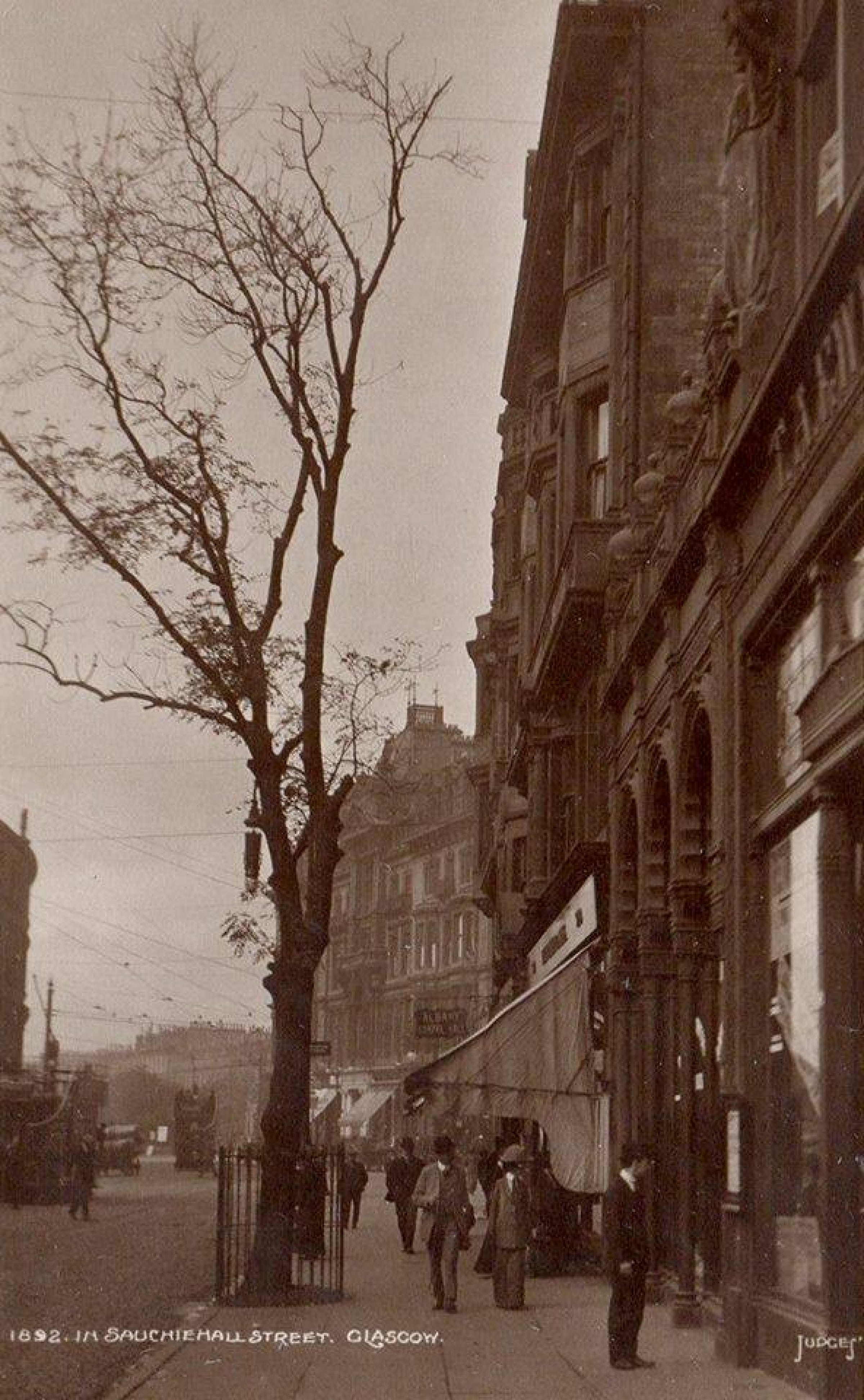 Three postcard views of the last tree in Sauchiehall Street.

In 1892, the street still held a fragment of its original Gaelic roots 'the hollow of the willows' (hence 'The Willow Tearoom), with a tree standing sentinel over the well-dressed window shoppers. At first glance, this picture postcard could pass for a Paris streetscene.

This picture, looking west from around Charing Cross Mansions, shows the now-vanished Grand Hotel, complete with its French-style Mansard roof, in the background.

The tree is still there in the second, early 1900s postcard. Looking closer, Thomas Ewing's piano shop, with the pipe-playing Greek goddess on its roof stands alone, with no sign of the neighbouring Thomas Annan photographic studio (today's Royal Highland Fusiliers Museum).

In the third, and final postcard, the tree still stands, but the Annan Studio (which featured little bits of Mackintosh design) has appeared.

That horse and carriage is probably heading back to the huge Wylie & Lochhead stables, which used to occupy a whole city block on Berkeley Street.