Apr 960
The Lion and Unicorn Staircase, at the old Glasgow University (Thomas Annan, 1866) 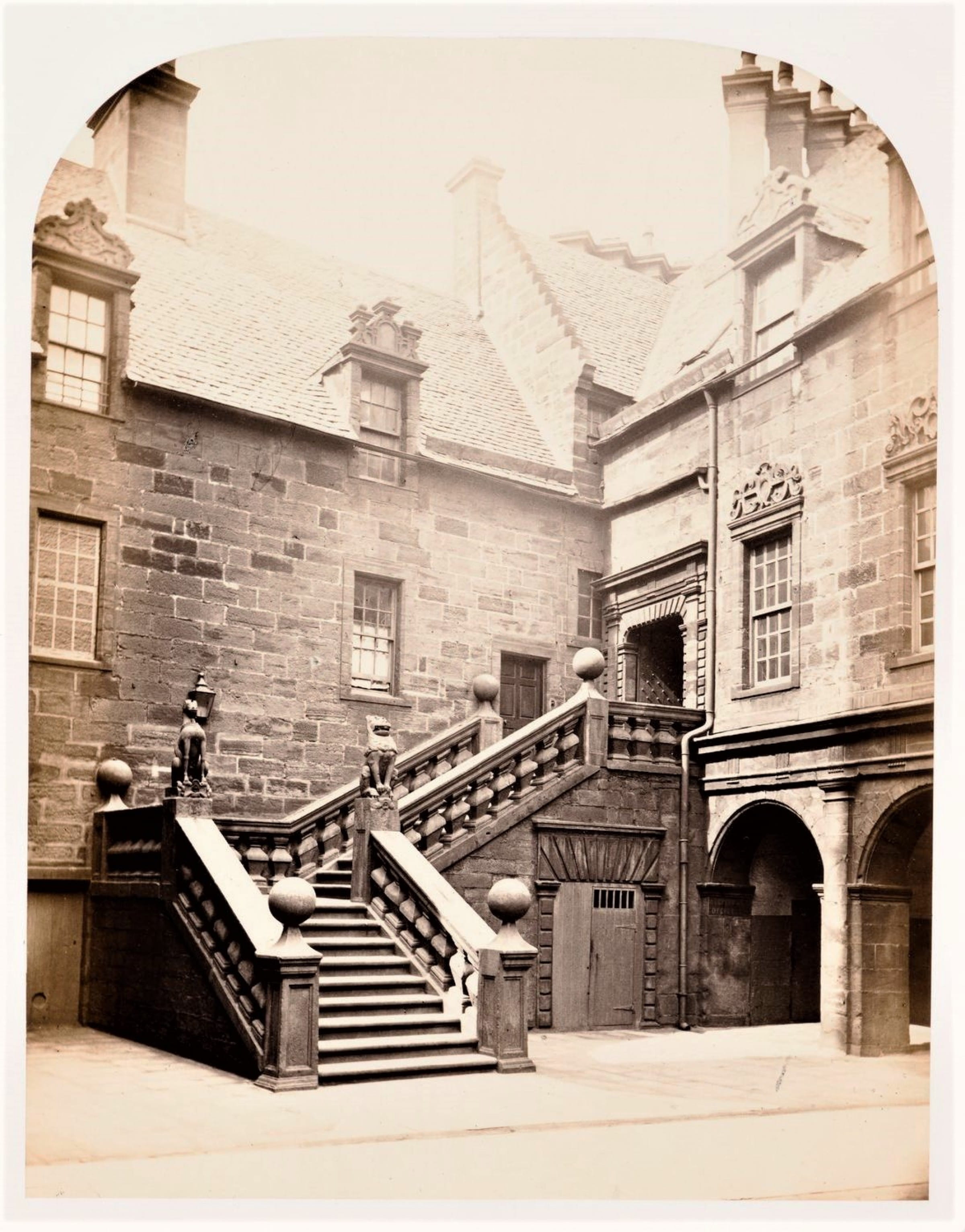 It's #NationalUnicornDay - I know, who knew?

What many folk don't realise is that the mythical unicorn is the national animal of Scotland; carved examples can be spotted all over the place.

The unicorn was first used on the Scottish royal coat of arms by William I in the 12th century. In the 15th century, when King James III was in power, gold coins even appeared with the unicorn on them.

One of my favourite unicorns began life at the old Glasgow University, off the High Street. The Lion and Unicorn staircase, built in 1690, represents the Union of the Crowns.

In 1872, when the Old College was sold off to become a railway good yards, the staircase was dismantled stone by stone, and re-erected at Gilmorehill. In 1929, when the University Chapel was built, the top section of the staircase was switched around to give access to the chapel.

Here you see it in situ, in an 1866 photograph by Thomas Annan, and in an 1849 watercolour by Thomas Fairbairn. Look to the right and you'll see a trio of students in their traditional, red, scholars' gowns. This being Glasgow, there also appears to be a wee, stray dug!