We are all in the gutter, but some of us are looking at the stars... 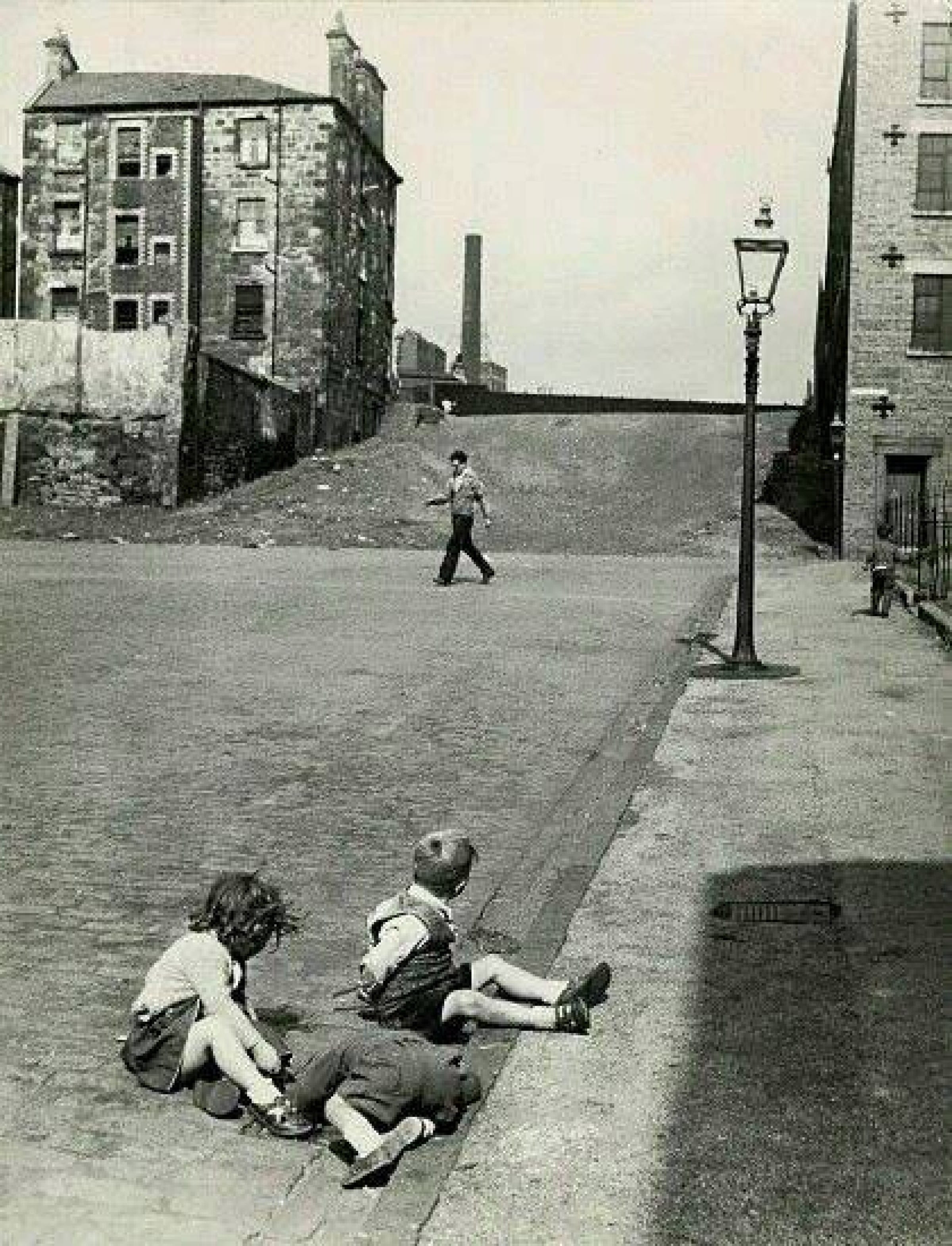 C'mon, how many of spent our childhoods playing in the gutter? It was even better if the sun was beating down, and you could play with the little runs of melted that that would escape from the road surface.

Not so much fun for your mum, when you came home with sticky tar stains on your new white socks, summer sandals, and all over your hand and legs.

When I used to do it, I was marched to the kitchen, stripped, plonked in the big Belfast sink, and assaulted with margarine, turps, and a wooden scrubbing brush. Very embarrassing, especially when you are 26!

Remarkably, although it looks decades older, this image of bygone Glasgow was snapped, in Cowcaddens, in 1958, when much of the historic neighbourhood was falling to the wrecking ball. Ten years later, after the M8 had carved its path through the area, much of the close knit community was gone, scattered to the four winds and the new towns.

So damaged are the buildings and streets in this picture that it's impossible to pin down where exactly it was taken,

The photographer, Roger Mayne (1929-2014), had a wonderful eye for capturing the innocence of inner-city childhood, and shot similarly wonderful images of kids playing in the Blitz-battered streets of post-war London.

And, for those who have forgotten their childhood games, a 'jorrie' was a marble.