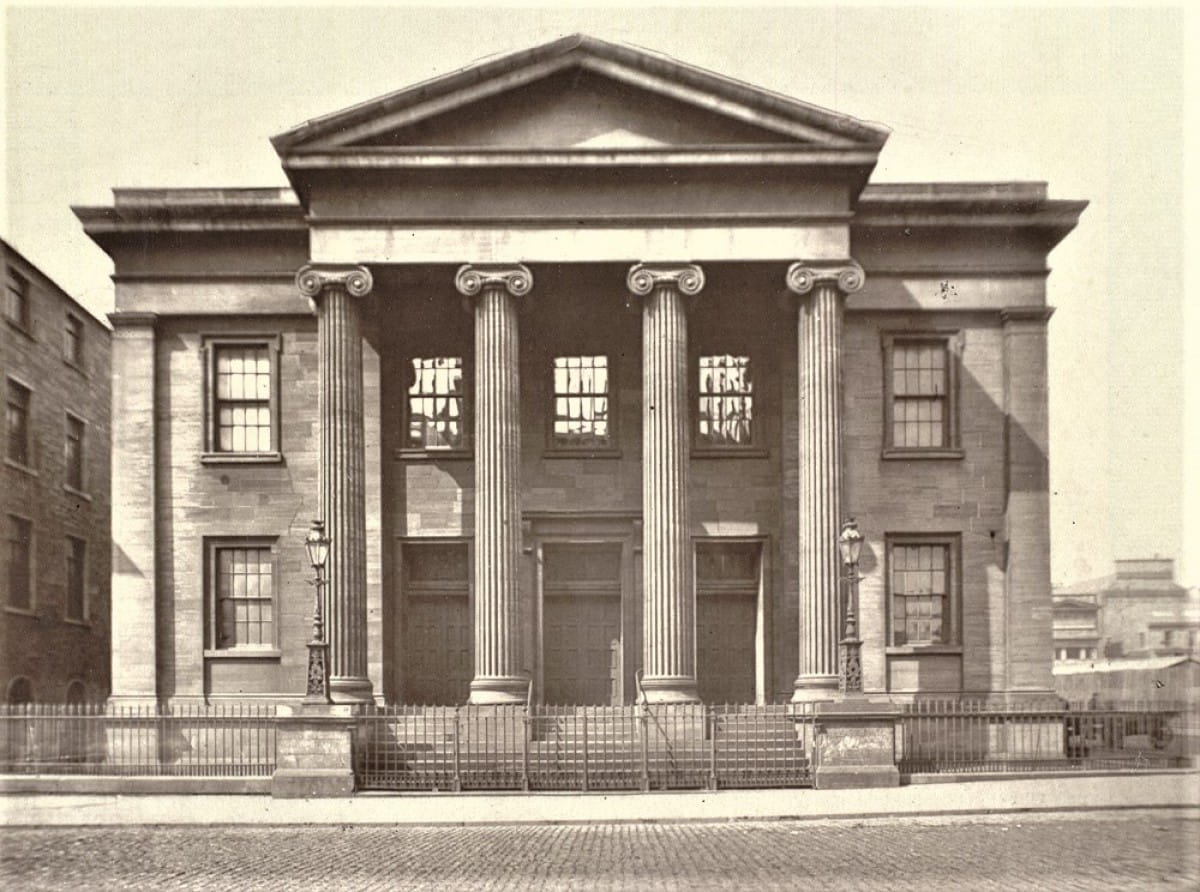 Wellington Church got the boot 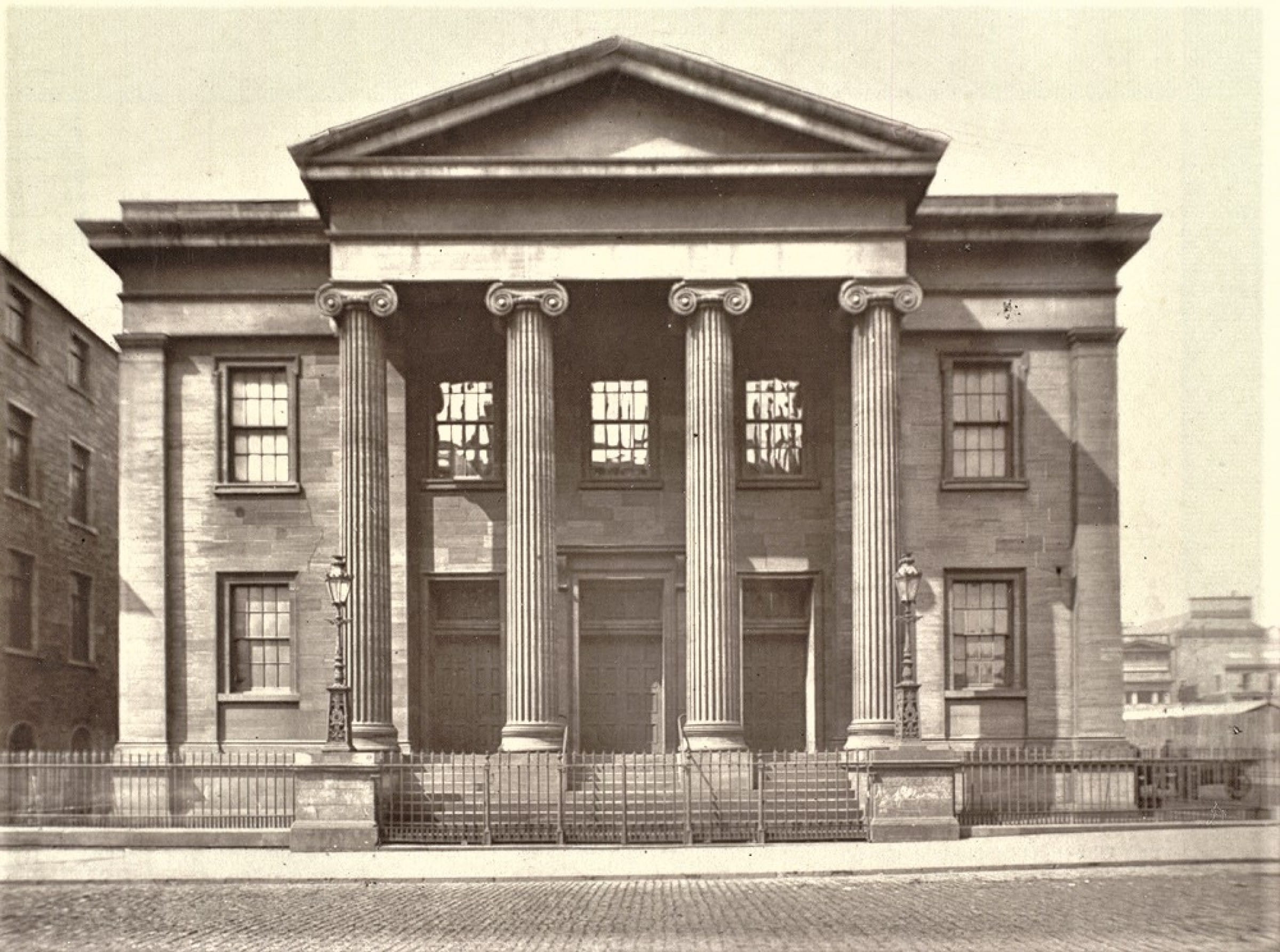 Pull your boots on, we're going in search of the old Wellington Street church.

We're back wandering Waterloo Street, and stopping for a moment on a much changed corner, one which has been home to a church, one of Glasgow's finest theatres, and two different office blocks.

In 1792 members of the Anti-Burgher congregation of the Duke Street Church who lived in the city's then West End, which was anywhere west of Buchanan Street, petitioned to form their own congregation and build a place of worship closer to their homes.

The congregation was formed in 1792 and met at a church in Anderston until 1828, when it moved to this new building (designed by John Baird Snr) in Wellington Street. A new hall was added to the rear of the building in 1861.

In 1884 - as the city's wealthy residents moved even further west to avoid the smoke and stink of the rapidly expanding city, the congregation moved once more to a site on University Avenue in Hillhead. The church was renamed Wellington UP Church.

But that wasn't the end of their former church; it was rapidly snapped up by a city entrepreneur, and turned into The Waterloo Rooms, which soon became one of Glasgow's top spots for concerts, musical recitals, and society balls and dinners.

As the 19th century drew to a close, so did the life of this magnificent church, with the site soon snapped up by more showbiz folk.

On 19 December 1910, it became home to the new Alhambra Theatre. Designed by John James Burnet, the theatre, under the direction of Sir Alfred Butt, was one of the most modern and best equipped in Britain, and could seat 2,800 people. I'll have more on the rise and fall of the Alhambra in another post.

These three views of the church show how the city grew around it.

In the first picture, taken in 1875, it has a warehouse to the east of it.

In the second, taken on a bright, sunny morning in 1880, the site to its east is empty, and it looks as though new building work is about to commence.

In the third, taken from an early history of the church, nothing as ungodly as commerce is allowed to impinge upon its mighty presence.

Interesting to note, too, that as well as Wellington and Waterloo Streets, nearby Hope Street was once called Copenhagen Street - named after the British naval victory over the Danish fleet in 1807.

Old Hooky - the Duke of Wellington - would later name his favourite war horse 'Copenhagen', and that's the cuddie he sits astride outside today's Gallery of Modern Art.