Whatever happened to the Gorbals' Likely Lads 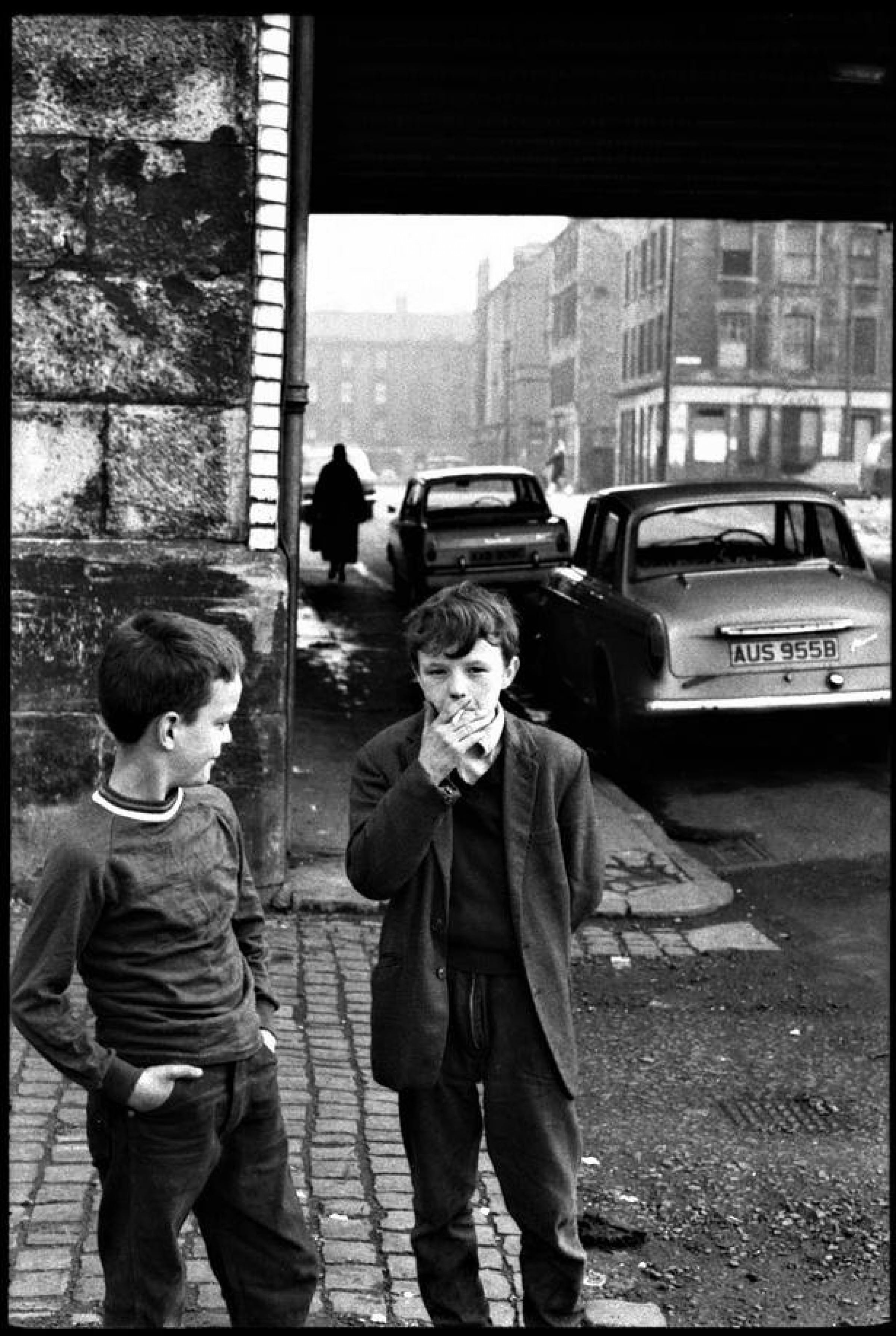 Oh, what happened to you?
Whatever happened to me?
What became of the people we used to be?
Tomorrow's almost over
Today went by so fast
The only thing to look forward to is the past...

These 'Likely Lads', photographed having a fly fag in the Gorbals in 1966, will feature in actor/director Steven Berkoff's new exhibition, at Glasgow's Street Level Photoworks, in King Street, which opens next Saturday.

Taken during his stint at the Citizens' 'Close' Theatre, the photographs have remained unseen for over 50 years.

Suspect the lad on the left is waiting for 'seconds up' on the dowt!