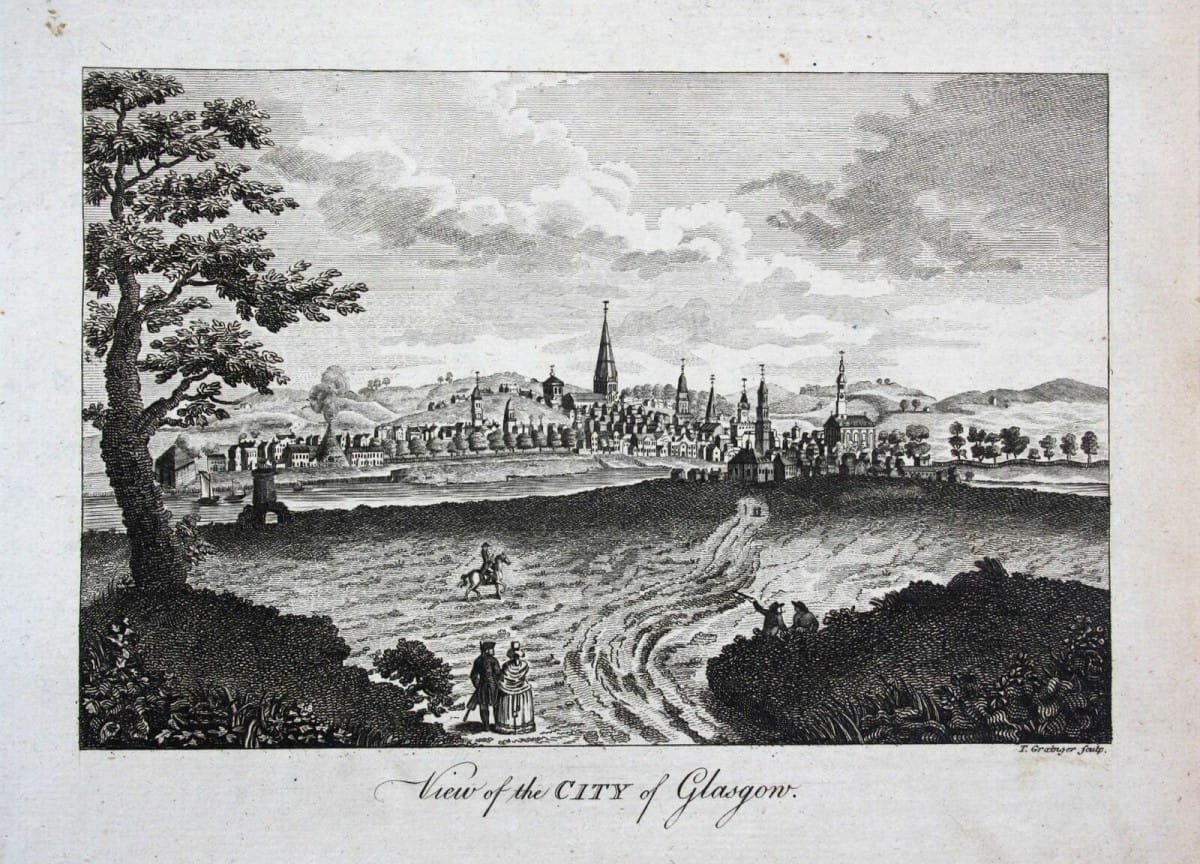 Window on the past 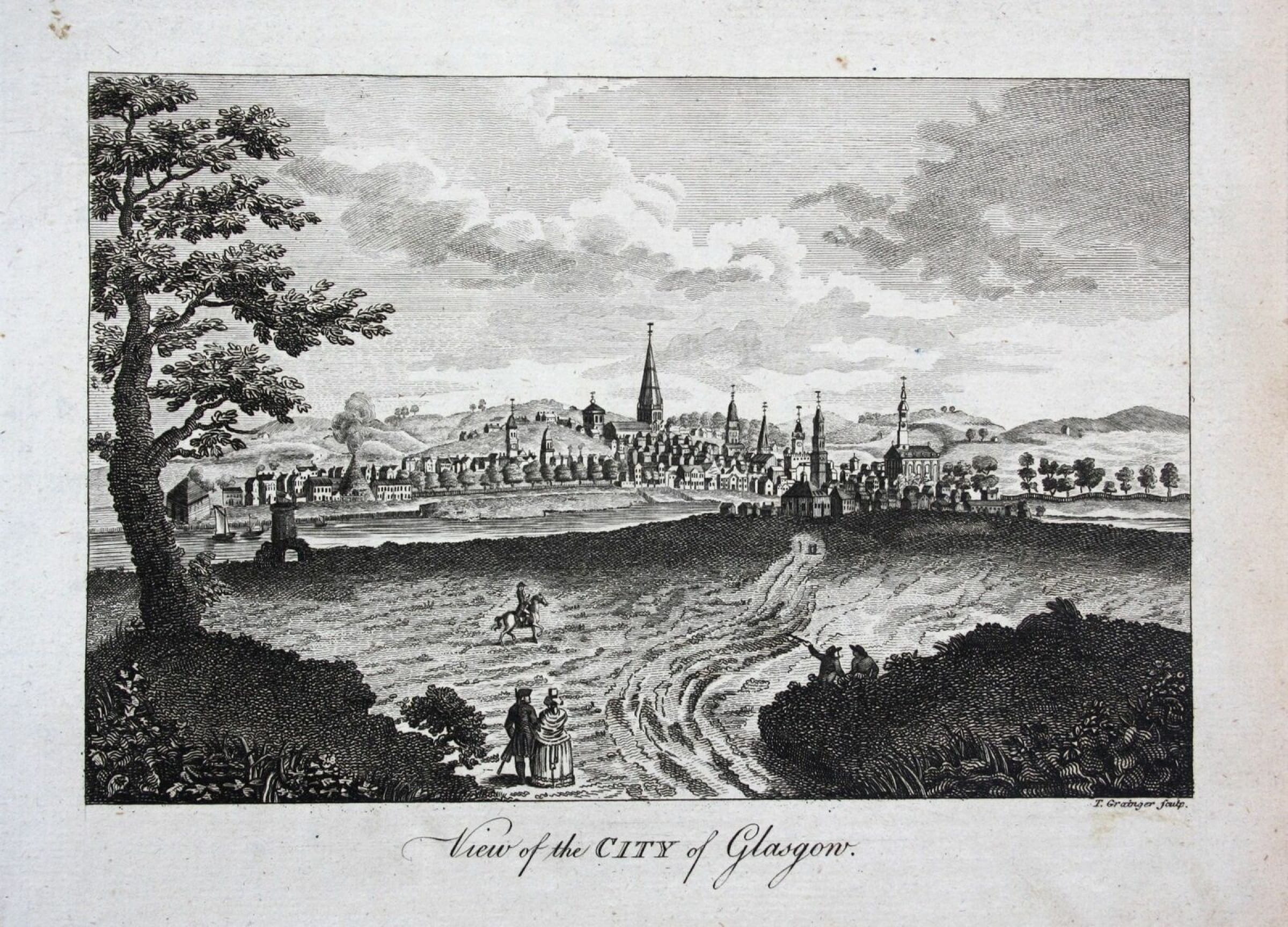 Clearly visible on the the north bank are, from the left; the conical bottle works of the Jamaica Street Bottle Works (built in 1730 and rebuilt in 1792); Glasgow Cathedral at the top of the Bell o' the Brae; the towers of the University of Glasgow, the Tron Church, the Tolbooth and the Merchants' Hall and, furthest to the right, St Andrew's Parish Church.

In the foreground, on the south bank of the river, are (left) the ruins of an old windmill - which gave its name to Windmillcroft Quay - and (right) the village of the Gorbals, which hides the view of Glasgow Bridge.

A Robert Paul engraving from 1764 was probably a source for this work, which is compositionally very similar to an earlier Foulis Academy piece.

The view must have been recorded early in 1768, as it does not include the Jamaica Street Bridge which was begun by John Adam that year.