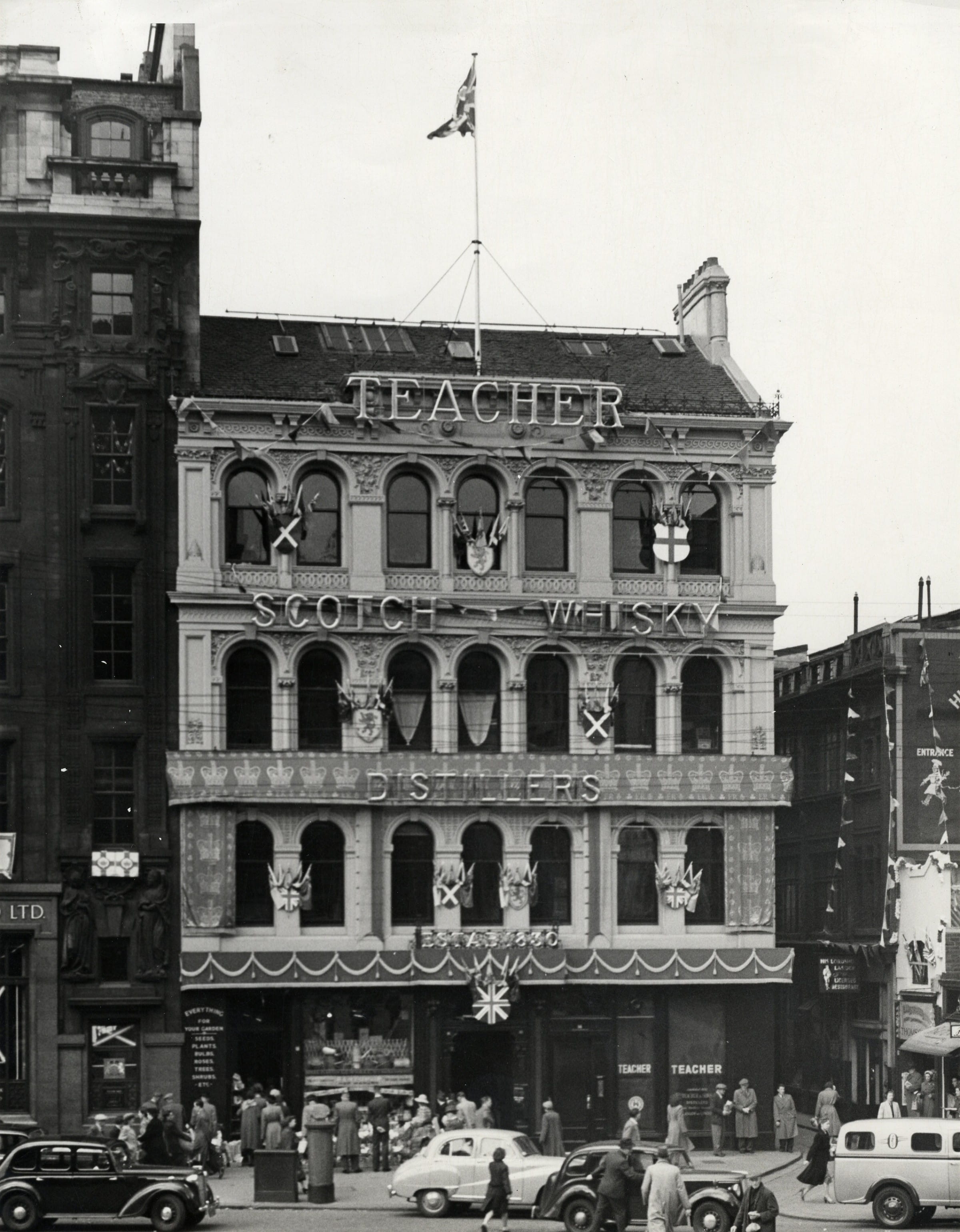 Designed in 1875 by James Boucher, since 1991 it was occupied by the Institution of Engineering and Technology. It closed last year and has now been sold.

William Teacher entered the grocery and spirits business in 1830 and acquired his first licence in his own name in 1836 for premises at 50 Cheapside St, Glasgow.

By 1864 the company was in the wholesale business with headquarters in St Enoch Square. By 1903 there were 16 countries on the Teacher's export list and by 1937 they were the market leaders in the USA.

Teacher’s first licence was for a grocer’s shop in the Anderson district of Glasgow. The shop was owned by the mother of his girlfriend, Agnes MacDonald.

William married Agnes in 1832 and went on to open the first ‘dram shop’ in Piccadilly Street where customers could stop by and enjoy a glass of fine whisky.

In 1836 - when opening his second shop - William secured a license to sell bottled whisky. With a booming population in Glasgow (doubling since the turn of the century), it wasn’t long before Teachers had a chain of nearly 20 dram shops where customers could sit and enjoy their drams and also purchase a bottle to take home. By now Teacher was the largest licence holder in Glasgow.

The first exports left the UK in around 1878 destined for New Zealand, shortly followed by shipments to Norway, Italy, the West Indies, Australia and Thailand.

It was around this time that merchants had begun to recognise the value of maturing spirit in oak barrels over a period of time. As vessels travelling overseas needed weight or ballast to stabilise them, Teacher’s took to transporting barrels of whisky to Australia by sea then bringing them back to Scotland.

The weight of the whisky was used to stabilise the vessels, but more importantly it provided time for the spirit to mature.

Teacher's had another claim to fame - the somewhat risqué advertising campaigns that featured leggy "school teachers" often showing a dangerous amount of cleavage!